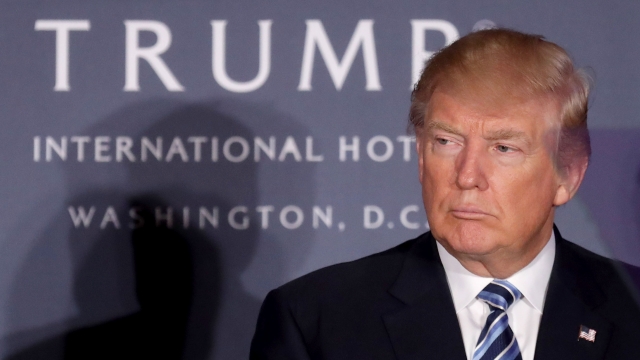 The president-elect said in a series of tweets he wants to focus on running the country and avoid any conflicts of interest when he takes office.

Donald Trump says he will be leaving his business empire so he can concentrate on being the president.

Trump made the announcement in a series of tweets Wednesday morning. He said, in part, "I will be leaving my great business in total in order to fully focus on running the country in order to MAKE AMERICA GREAT AGAIN!"

He also said although he isn't legally required to completely separate himself from The Trump Organization, he feels it is "visually important" to avoid conflicts of interest when he takes office.

Trump's announcement might mean he'll fulfill a promise he made during the campaign to hand over control of his business to his older children if he won.

SEE MORE: Secret Service May Be Setting Up Shop In Trump Tower

In the past, Trump has said he would set up what's called a "blind trust" and put his children in charge. But experts say that would be a problem because he could still influence their decisions.

Three of Trump's children — Ivanka, Eric and Donald Jr. — already have big roles in the company, which their father has controlled since the 1970s.

Trump tweeted that he will hold a press conference Dec. 15 in New York City to further explain his decision.