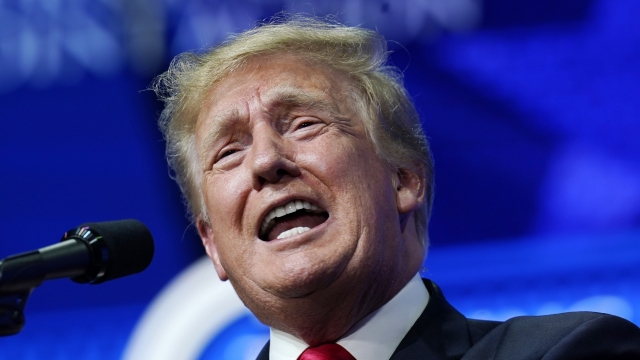 He had a call with two DOJ officials just days after William Barr stepped down as Attorney General.

Former President Donald Trump wanted the Justice Department to declare the 2020 election illegal in his efforts to overturn his loss.

That's according to notes from a December 27th phone call between Trump and two top DOJ officials.

The notes say DOJ leaders said they couldn't change the outcome of the election and Trump told them to "just say the election was corrupt and leave the rest to me and the Republican congressmen."

The call came just days after William Barr stepped down as Attorney General. Barr had said there was no evidence of widespread voter fraud that could have affected the outcome.