The US Is Officially Leaving The Paris Climate Agreement 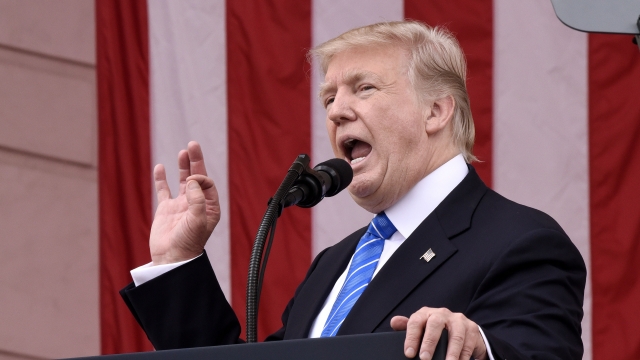 The U.S. is the world's second-largest contributor to global emissions.

The U.S. is officially done with the Paris Agreement.

President Donald Trump announced his decision after months of suspense.

Global leaders repeatedly told him to stick with it; during Trump's visit to the Vatican, the pope even gave the president a copy of an encyclical about helping the environment.

But conservative U.S. politicians pressured the president to withdraw, and during Trump's campaign, he repeatedly promised to leave the deal.

In 2016, coral reefs had their largest die-offs ever. Now scientists say it could become an annual event by the end of the century.

The Paris accord is a universal climate deal aimed to prevent global temperatures from rising and to reduce global emissions. Countries representing at least 55 percent of global emissions had to sign the agreement for it to go into effect.

The U.S. is responsible for almost 18 percent of those emissions; the only country with a higher level is China.

Without the U.S., enough countries are still signed on to stay above that 55 percent threshold. But reaching the global goals might be harder, and this policy change likely won't improve already tense foreign relations.

The U.S. is now one of only three countries in the United Nations climate group and the only G-7 member not to be part of the deal.