Doris Lessing, Author Of 'The Golden Notebook,' Dies At 94 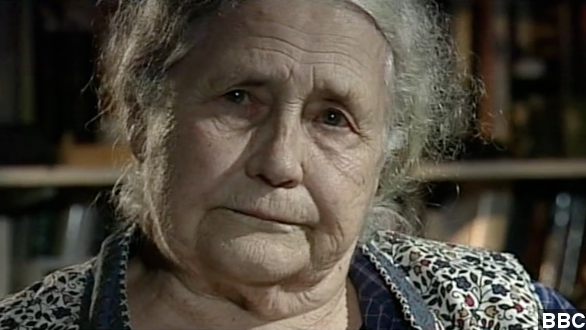 The famed British author was the oldest person to win the Nobel Prize in literature when she was 88 years old.

Famed novelist and Nobel Prize winner Doris Lessing has died at the age of 94.

Lessing's publisher, HarperCollins, confirmed the author died at her home in London Sunday. (Via BBC)

Lessing was born in Iran in 1919 but spent most of her time growing up in Zimbabwe. She started pursuing her love for writing when she dropped out of school at just 13 years old. (Via Nobel Foundation)

Lessing is perhaps best known for her 1962 novel called "The Golden Notebook." The Guardian points out the novel was referred to as a feminist bible.

But The New York Times adds Lessing hated that the book was thought of as a feminist piece of work even though it did focus on women's issues. She wrote more than 50 other novels with many different topics.

Those topics ranged from science fiction to realism. Her writings helped her win the Nobel Prize in literature at 88 years old, making her the oldest winner in history. (Via Euronews)

Lessing's publisher said she is survived by one daughter and two granddaughters.