Dow Jones Regains Some Losses, Closes Up More Than 500 Points 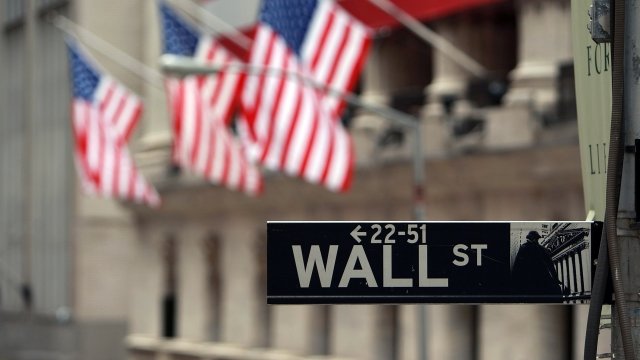 The Dow Jones Industrial Average was back up Tuesday after losing more than 1,800 points over two days.

The Dow Jones Industrial Average was back up again Monday after two trading days of massive losses, including a record-breaking slide Monday.

Since Thursday, the Dow has lost more than 1,800 points. Experts aren't totally sure what caused it, but some point to a good jobs report Friday. It included a reported increase in wages, which often means less return for shareholders.

The Dow closed up more than 500 points Tuesday, recuperating some of its losses, and started showing growth again for the year.

The swing isn't necessarily something to panic about. The economy is still secure, according to experts. But this does indicate the market is volatile. Again: There's no one reason why. A likely factor, though, is uncertainty about monetary policy at the Federal Reserve, which just got a brand new chair Monday.

Correction: A previous version of this story incorrectly said the Federal Reserve handles fiscal policy. It handles monetary policy. The story has been updated.