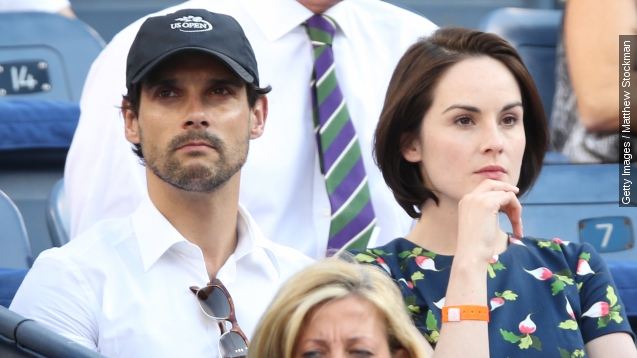 Dockery's fiance, John Dineen, died Sunday in Ireland. He was diagnosed with cancer earlier this year.

According to several reports, John Dineen died Sunday at a hospice in Ireland, just two days before Dockery's birthday.

The actress's publicist confirmed the news in a statement obtained by People: "The family is very grateful for the support and kindness they have received but would kindly request that they are left to grieve in private."

Dineen was diagnosed with cancer earlier this year, though the type is unclear. He reportedly left his job in London to return to Ireland to be with his parents soon after his diagnosis.

Dockery did her best to keep her relationship with Dineen out of the spotlight. But in a rare comment last year, the actress told reporters, "I have a wonderful man in my life from Ireland."