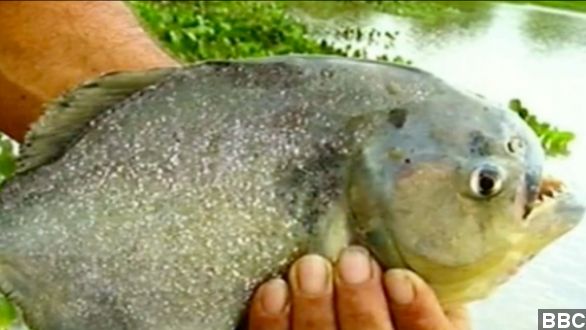 Bathers in the Parana River seeking relief from triple-digit temperatures were attacked by a piranha-like fish on Christmas Day.

A group of bathers cooling off in the Parana River in Rosario, Argentina, found themselves under attack by a school of piranha-like fish.

“More than 70 people were injured, including 7 children who lost parts of toes or fingers. ... One health official said there were some people that the fish had literally torn bits and pieces of flesh from.” (Via BBC)

The swimmers were cooling off from scorching temperatures on Christmas day when they were suddenly and aggressively attacked. (Via Sky News)

“The emergency services said isolated injuries were common from the fish, a relative of the piranha, but a mass attack on this scale was exceptional.” (Via Euronews)

Exceptional, yes, but Al Jazeera explains there could be a simple explanation for what caused it. Warm weather leads some species of fish to gather near the surface of the water.

And at the time of the attack, the area had been experiencing triple digit temperatures.

While there weren't any deaths, the Los Angeles Times reports there have been several fatal attacks in recent years in the Amazon River basin.