Dozens Of People Dead Or Presumed Dead In Japan Floods 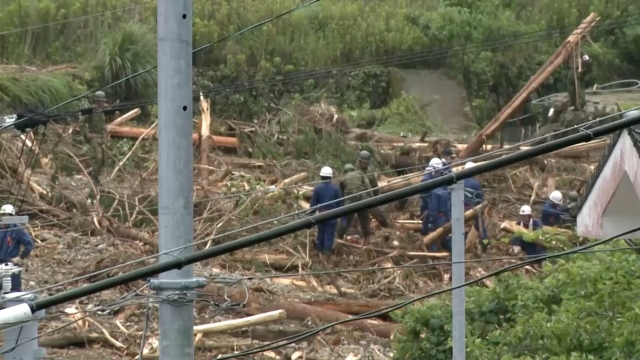 Rescue efforts have been complicated by continued risk of flooding and mudslides.

Over two dozen people are dead or presumed dead in southern Japan after the country experienced a weekend of torrential rains.

Thousands of people lost power, and over 33,000 lost landline connections. The top three mobile carriers experienced outages. Officials asked more than 200,000 people who lived by a river to evacuate because it overflowed in at least 10 places, washing away some homes.

Japan's public broadcaster reports at least twelve people are missing. Tens of thousands of troops have been deployed to help with rescue efforts, which have been complicated by the continued risk of flooding and mudslides.

Prime Minister Abe Shinzo pushed for increased rescue efforts, saying "nothing is more important than human lives." In a tweet, he urged the people of Japan to continue to check for updates from local governments and "be vigilant" against continued natural disasters.