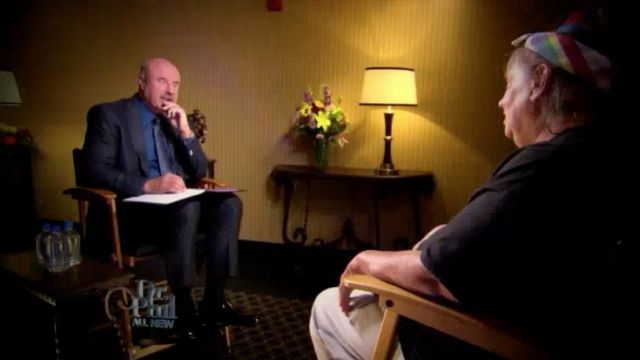 Dr. Phil McGraw has been criticized following the release a promo video for an upcoming episode featuring Shelley Duvall.

The "Dr. Phil" show is being accused of exploiting mental illness, thanks to a recent episode promo.

The episode, which airs Friday, features Shelley Duvall, who starred alongside Jack Nicholson in cult horror movie "The Shining" and Robin Williams in "Popeye."

Dr. Phil McGraw responds by asking, "Where do you think he is?"

"Do you see him?" McGraw asks.

SEE MORE: Robin Williams' Wife: He 'Was Losing His Mind, And He Was Aware Of It'

The video has outraged some, including "The Shining" director Stanley Kubrick's daughter, who called it "purely a form of lurid and exploitive entertainment."

As Rolling Stone pointed out, Duvall had previously described filming "The Shining" as "excruciating work," saying it was "almost unbearable" due to long, emotionally draining shoot days. Filming took over a year.

Fans and other entertainers, including Mia Farrow and Patton Oswalt, have expressed support for Duvall while accusing the "Dr. Phil" show of exploiting her.