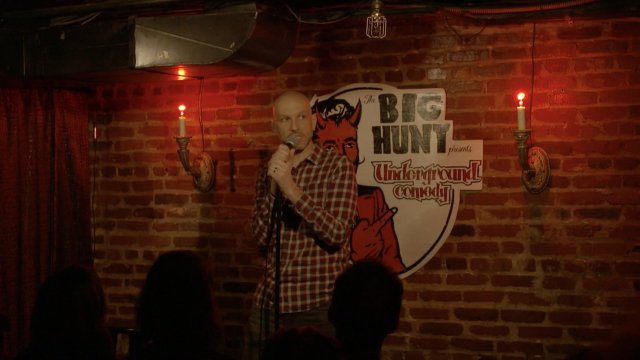 After the comedy club he performed at closed down, he started a weekly free comedy show in a bar basement. Now, it's nationally recognized.

After the venue he performed at closed down, Sean Joyce started a weekly comedy show at The Big Hunt in Washington, D.C. Now, Underground Comedy features comedians from around the country, as well as lifting up locals. Joyce showed Newsy's Adam Elrashidi around his dream job. Catch "Dream Jobs" during "The Why" Mondays at 7 p.m. ET. Click here to check local listings.

Ahmed T. Brooks is an actor in Drunk Shakespeare, a retelling of the classic plays.

Luke Spring is a musical theater actor from 'Newsies.' He knew wanted to be on the stage since he was four when he tried on a pair of tap shoes.