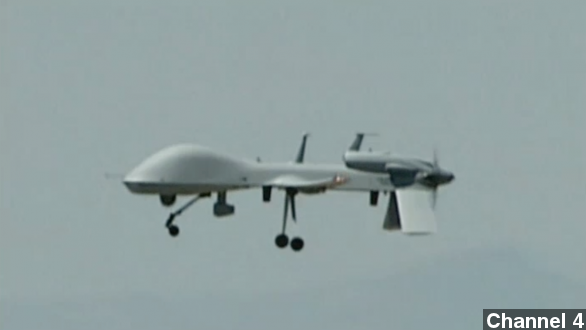 Reports cite both conflicting death tolls and conflicting accounts of whether militants connected to Al-Qaeda traveled with the party.

The death toll is at least 11 after a drone strike in Yemen that witnesses said targeted a convoy of vehicles returning from a wedding.

The number of people who died in the attack varies just like the conflicting accounts of who the people were. Some suggest Al-Qaeda militants were among the wedding party.

"Fourteen people reported killed in a U.S. drone attack in Yemen. Officials — security officials — there say a convoy there was believed to be carrying Al-Qaeda, but they were actually people headed to a wedding." (Via CNN)

"They say it might be hard to identify those killed because the strike left most of the bodies charred." (Via KRGV)

Most media reports put the death toll anywhere from 11 to 15. While it wasn't immediately clear whether any true militant targets were in the wedding party, all outlets report it appears some of the dead were civilians.

CNN reports a Yemeni security official who spoke on condition of anonymity said, "This was a tragic mistake and comes at a very critical time. None of the killed was a wanted suspect by the Yemeni government."

Drone strikes and civilian casualties have caused outcry in Yemen while the strikes continue to get support from U.S. elected officials. The New York Times reports people who live near the strike say they heard drones flying overhead since the day before. (Via Channel 4)

It reported, "A local website, Bayda Press, gave the names of 11 dead men, all from the Tays and Bin Amr tribes, which are said to be closely associated with Al-Qaeda in the area." (Via The New York Times)