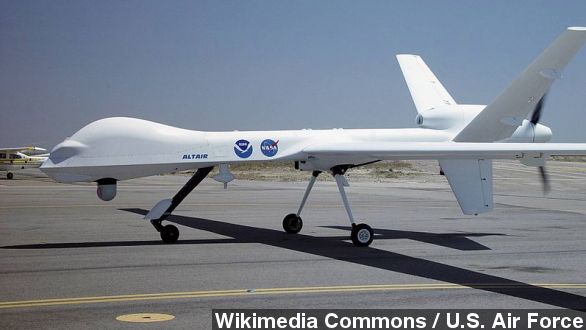 The FAA has approved six testing sites for researchers to develop drones that could one day share the skies with commercial airliners.

​The Federal Aviation Administration has announced six sites where it will allow researchers to test drones. The goal is to have the unmanned aircraft sharing the skies with passenger planes by 2015.

Alaska, Nevada, New York, North Dakota, Texas and Virginia all were chosen from a list of 25 applicants for test sites. Congress recently ordered the FAA to designate them for safety tests.

It gives some states a head start on what could be a cash cow industry.

The Association of Unmanned Vehicle Systems International projected the industry will generate 100,000 jobs and more than $82 billion in economic activity over the next 10 years. (Via WPXI)

Reid Wilson from the The Washington Post writes: "As drones begin to play a bigger role in everything from law enforcement to disaster response to agricultural observation, whichever sites the FAA chooses for a bid… will be receiving a big economic boost long into the future."

The FAA started the proposal process back in February. The agency considered everything from climate, location and the type of flights in the observed test areas. (Via WKTV)

Several states like Virginia and New Jersey even started combining efforts in hopes of seeming more attractive to the agency. (Via News 12 Long Island)

Drones are heavily regulated in the U.S. Regular citizens are allowed to fly unmanned aircraft a couple hundred feet off the ground.

Past that, the FAA has approved hundreds of permits for other agencies and universities for research, including some law enforcement divisions. (Via YouTube / OklahomaHorizonTV)

But the six test sites are different. They will be used to develop the technology that directly contributes to policy crafted by the FAA for certification requirements in the general airspace. (Via The Wall Street Journal)

Interest peaked on the concept following an announcement from Amazon that the company was interested in developing delivery drones. Packages would theoretically arrive within minutes of placing an order.

The FAA currently has a deadline of September 2015 to develop the guidelines.