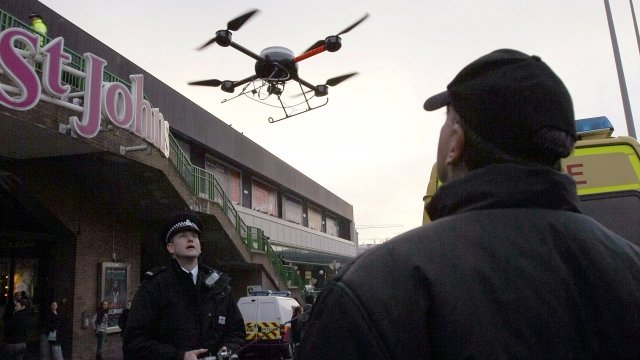 As of 2017, more than 300 local emergency responder agencies in the U.S. had added drones to their equipment cache.

For years, police and security forces saw drones as threats that needed to be shot down. But that's changed as law enforcement agencies started using drones as crime-fighting tools.

Some U.S. police departments started using drones as early as 2009, but most only started buying them in the past few years. Of the 347 local agencies that had drones by April 2017, around 80 percent obtained them in the previous two years.

Part of that surging popularity has to do with how cost-effective they can be for cash-strapped police departments, especially for those in sparsely populated places. In fact, nearly half of all police drones are used by law enforcement agencies in towns with fewer than 50,000 people.

A water rescue by drone in Australia might give us a glimpse at the emergency response of the future.

Though they've only been used for a short time, police drones have proved themselves effective at solving crimes. Sheriff's deputies in Indiana used a drone to successfully chase down and locate a fleeing suspect. And in Maryland, police used drones to locate about half a million dollars worth of stolen construction equipment.

And this trend isn't just limited to the U.S., countries like India, the U.K. and Australia all have their own police drones. And for this year's Olympics, South Korean officials plan to use drones to stop potential terrorist threats. If an unidentified drone tries to fly near Olympic venues, the South Korean drones will be able to capture the intruder with nets.