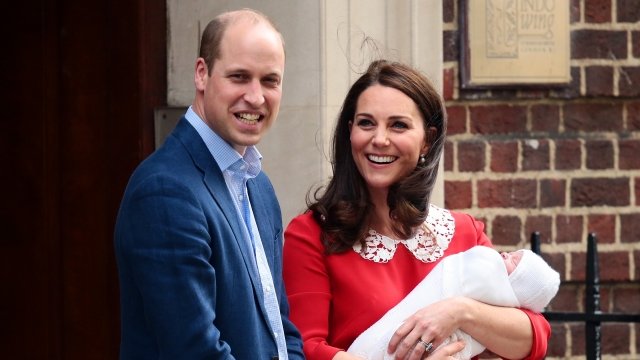 Louis Arthur Charles is fifth in line to the throne.

He's the third child of the Duke and Duchess of Cambridge, and Kensington Palace announced his name Friday morning.

Known as Prince Louis of Cambridge, the baby was born Monday. He's fifth in line to the throne.

The name Louis is possibly in honor of Queen Elizabeth's husband, Prince Philip, whose grandfather was Prince Louis of Battenberg.

The baby's middle names also hold significance within the royal family. Arthur is a middle name of both Prince William and the queen's late father, King George VI.

And Charles, of course, is the name of the baby's paternal grandfather.

It's fairly common for the royal family to wait a bit before announcing the names of their newest additions. Prince George and Princess Charlotte's full names were each announced two days after they were born in 2013 and 2015, while Prince Charles' name wasn't issued for a whole month.