Duke And Duchess Of Sussex To 'Step Back' From Royal Duties 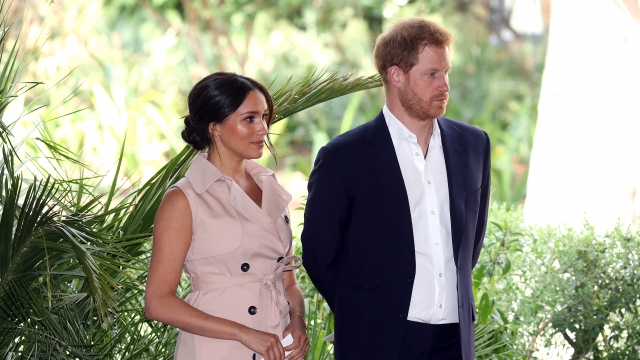 The couple says they will balance their time between the U.K. and North America and will continue to collaborate with the queen on royal duties.

The Duke and Duchess of Sussex announced on Wednesday they will be transitioning into "a progressive new role" within the royal family.

Prince Harry and his wife Meghan said they are going to "step back as 'senior' members of the royal family, and work to become financially independent while continuing to fully support Her Majesty The Queen."

The statement said Harry and Meghan will be splitting their time between the United Kingdom and North America to raise their son Archie "with an appreciation for the royal tradition into which he was born, while also providing our family with the space to focus on the next chapter, including the launch of our new charitable entity."

During an interview with ITV, Harry and Meghan spoke out about the challenges they faced as a young married couple with a new baby in the royal family. Meghan said, "Not many people have asked if I'm OK." Back in October, Prince Harry spoke of pursuing legal action against the British media over "one incident in a long and disturbing pattern of behavior" toward his wife. He then recounted his mother's experience with the tabloids, saying, "I lost my mother and now I watch my wife falling victim to the same powerful forces."

In their announcement, the couple said they will continue to collaborate with Queen Elizabeth II, Prince Charles, Prince William and other relevant parties.

Buckingham Palace said in a statement: "Discussions with The Duke and Duchess of Sussex are at an early stage. We understand their desire to take a different approach, but these are complicated issues that will take time to work through."

Correction: A previous version of this story incorrectly said Harry and Meghan would split their time between the U.K. and the U.S. It also incorrectly attributed a statement to the queen. The story has been updated.