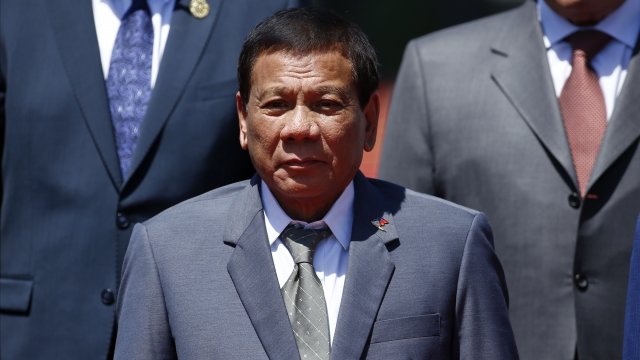 The ICC is in charge of investigating crimes like genocide and war crimes. It was established by the Rome Statute, which says countries can withdraw but that their departure doesn't take effect until a year after they tell the court they want out. Duterte disputes that, saying the rule doesn't apply because "there appears to be fraud in entering such agreement."

Duterte's announcement comes just about a month after the ICC started looking into thousands of deaths tied to a ruthless crackdown on drug dealers in the Philippines. The ICC is trying to decide if a full investigation is warranted.

But the Rome Statute also says a country backing out of the agreement doesn't excuse it from an obligation to cooperate with investigations that start before the withdrawal date.