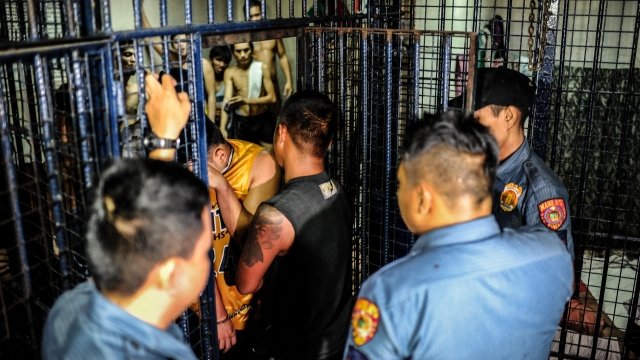 About 4,000 people have been killed in Philippine President Rodrigo Duterte's effort to combat the country's illicit drug problem.

Philippine President Rodrigo Duterte ordered police and most other law enforcement agencies in the country to stay out of the country's deadly war on drugs.

In a memo signed Tuesday, Duterte said only the country's drug enforcement agency should be responsible for "the conduct of all campaigns and operations against all those ... involved in or connected with, illegal drugs."

For more than a year, the nation's law enforcement, with Duterte's approval, has orchestrated a sweeping and controversial effort to combat the country's illicit drug problem. About 4,000 people have been killed.

A recent poll seemed to show public opinion was starting to turn against Duterte and his war on drugs.

The death of a 17-year-old student at the hands of police was likely a turning point. It sparked multiple protests and led to an entire police force being relieved of duty.

Duterte said the country's police should maintain visibility as a deterrent to drug-related crime.

The change will likely have an immediate effect on the number of raids and deaths related to the drug war; the country's drug enforcement agency is only a fraction of the size of its police force.