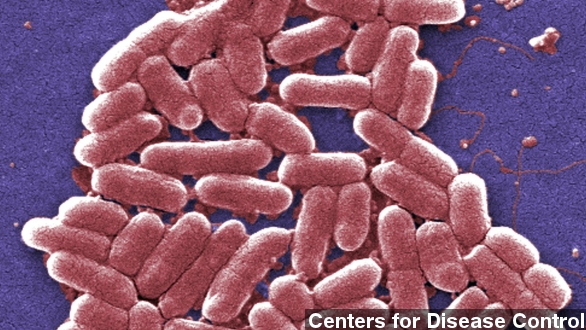 A single strain of E. Coli has slowly worked its way to being the main cause of bacterial infections among women and the elderly in the world.

According to a new study, a single strain of E. Coli has slowly worked its way to being the main cause of bacterial infections among women and the elderly in the world.

According to Healthline News the study, published by the American Society for Microbiology, "indicates ​H30-Rx may be responsible for 1.5 million urinary tract infections (UTIs) and tens of thousands of deaths annually in the U.S. alone."

Researchers took E. Coli samples from patients and animals in five different countries over 44 years, creating a family tree of sorts. The family tree shows how this 'super strain' of E. Coli came about. (Via Animal Planet)

" ... a strain called H30 gave rise more than a decade ago to the H30-R clone, which became fully resistant to the then-wonder-drug known as Cipro. Soon after, a new clone evolved from H30-R called H30-Rx, which is resistant to several extended-spectrum antibiotics" (Via Science Codex)

According to the study, what's worse about the 'superbug' is it seems to be more lethal. Researchers say the strain is more adept to travel to the bloodstream which is how the this infection becomes deadly. (Via YouTube / KeynoteProjects)

As bad as this all may sound, it does give scientists working to develop a new antibiotic some encouragement. One dominant strain gives scientists one strain to cure.

The study's co-author writes, "We now know that we are dealing with a single enemy, and that by focusing on this strain we can have a substantial impact on this worldwide epidemic." (Via HealthDay)