Earthquakes Could Get Worse In 2018 Due To Earth's Slowing Rotation 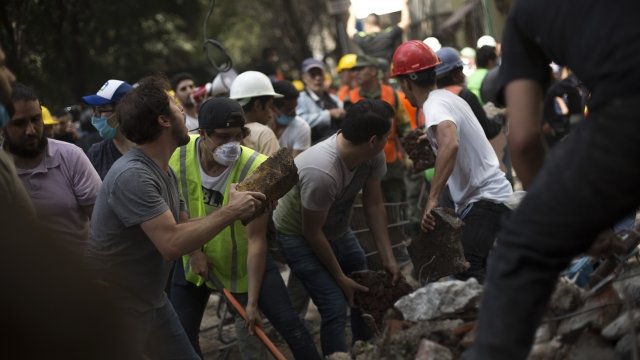 Researchers looked at data from every earthquake that's magnitude 7 or higher and noticed a correlation between severe quakes and Earth's rotation.

Every so often, Earth's rotation slows down or speeds up by a few microseconds. While the changes don't affect us directly, some scientists think recent slowdowns could be a sign of big earthquakes to come.

In a new study, researchers looked at every earthquake since 1900 that registered a magnitude of 7 or larger and saw an uptick in the number of big quakes about every 32 years. They also noticed an unusual pattern: Earth's rotation would slow about five years before every cluster of earthquakes.

The scientists can't explain for sure how the slower rotations led to more severe earthquakes yet. They suggest the small changes between Earth's crust and liquid core might be the culprit.

Swarms Of Earthquakes In Yellowstone Are Nothing To Worry About

Yellowstone National Park experiences hundreds of earthquakes in a short time, but experts don't think it means the volcano under the park will erupt.

But considering Earth's most recent slowing period started more than four years ago, researchers say 2018 is ripe for severe earthquakes.

It's unclear just how many more there'll be, but one of the study's authors told The Guardian, "We could easily have 20 a year starting in 2018." That's more than three times the number of significant magnitude 7 or higher earthquakes so far in 2017.