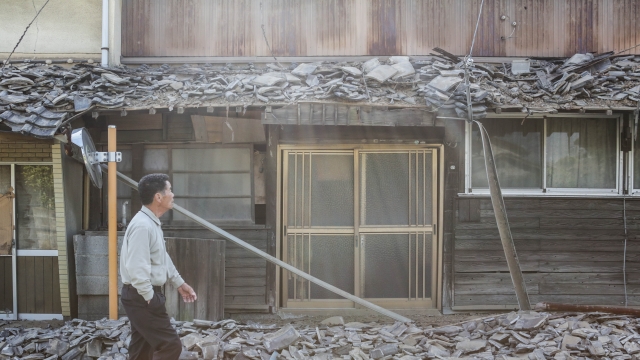 Less than two full days after a powerful earthquake shook Japan's Kyushu island and killed at least nine, yet another quake has struck the area.

It wasn't initially clear whether there were any injuries or deaths from Saturday's earthquake.

International media put the injured count for Thursday's earthquake at more than 850, but Japanese outlets say that number is over 1,100. More people could be trapped under collapsed buildings.

The U.S. Geological Survey measured Thursday's earthquake as a 6.2 magnitude, but the Japan Meteorological Agency said it was a 6.5 magnitude. And dozens of aftershocks followed.

The quake's maximum intensity peaked at 7 in seismic intensity, the highest measured by the Japanese scale. It's the first time the country has measured such a high number since the 2011 earthquake and tsunami that killed tens of thousands.

As for Thursday's earthquake, thousands have been evacuated and thousands more left without power.

Japan's government has already held two emergency meetings since the quake hit. The country's prime minister said, "Rescue and relief activities for the affected individuals is a battle against time."

Japan is in a region known as the Ring of Fire where the tectonic plates make it more susceptible to earthquakes.