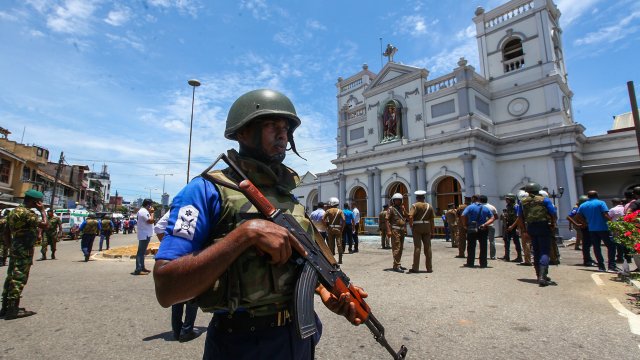 The Easter Sunday attacks in Sri Lanka were the worst violence the country has suffered since its civil war ended in 2009.

The violence of the Easter Sunday terrorist attacks in Sri Lanka has dredged up the recent brutal past of the island nation.

Civil war broke out on Sri Lanka in the early '80s between the country's Buddhist majority and an ethnic group of mostly Hindu Tamils. A terrorist group known as the Tamil Tigers attempted to create a separate state in the country's northern regions. Sporadic fighting persisted in the country until 2009, when the country's military conducted a large-scale assault that forced the Tigers to surrender.

Allegations of human rights violations piled up on both sides of the conflict. The United Nations estimates tens of thousands of civilians might have been killed in the military's final operation to end the war.

The conflict's outcome cemented the political power of the country's Sinhala Buddist majority. A 2018 UN report notes that the government's "lack of accountability for past actions" has led to new violence against minority groups — including Muslims, who were targeted in a series of riots that year.

The U.S. State Department confirmed Sunday that several U.S. citizens were among those who died in the attacks in Sri Lanka.

The country's President said the military would be given more power to arrest and detain people in the wake of the bombings. Those powers were rolled back at the end of the civil war.