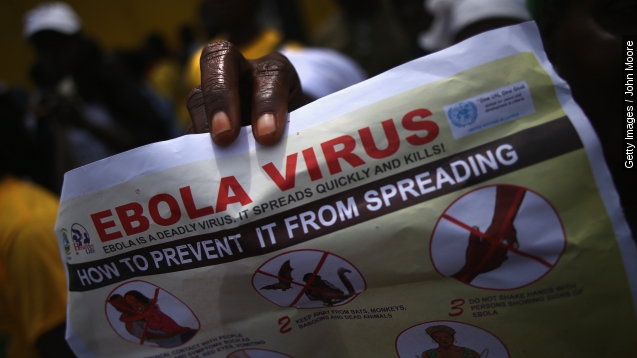 WHO has celebrated a major milestone in fighting the Ebola outbreak, but survivors could feel the aftereffects for the rest of their lives.

The fight against West Africa's Ebola outbreak has hit a major milestone, but the battle might not be over for survivors.

However, survivors continue to have complications.

Pauline Cafferkey, a British nurse who doctors say had fully recovered from a case of Ebola, is back in the hospital after the disease was found in her system again.

It's been well-documented that the virus can sometimes remain in certain parts of the body, such as the eyes, breasts or testicles, long after it's left the bloodstream.

"By the end of the year, I could sense hand motions only but otherwise had absolutely no vision in the eye," said Ian Crozier, an Ebola survivor.

Doctors expect Crozier will gain most of his vision back. However, higher levels of Ebola were discovered in his eye than what were found in his blood when he was still fighting the disease.

There is also a nurse in Dallas, Texas, who survived the virus but is suffering from fatigue, insomnia, body aches and liver problems. (Video via NBC)

A virologist told Al Jazeera there is concern there is some kind of "post-Ebola syndrome" for some patients, but it's not clear how widespread the problem is. (Video via World Health Organization)

Doctors say there hasn't been any indication that patients still fighting the disease are contagious.