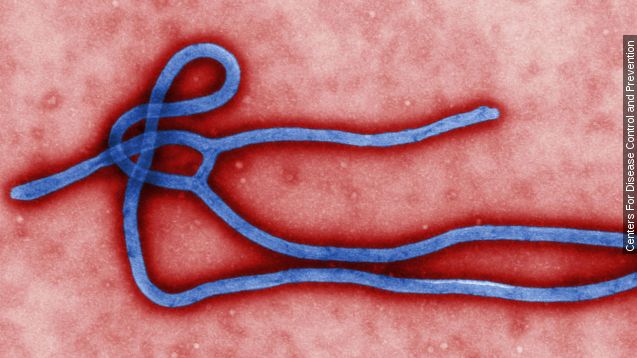 Ebola virus fragments were discovered in male survivors' semen up to nine months after they experienced symptoms.

The Ebola virus has been found lingering in the semen of infected men nine months after they last experienced symptoms.

The New England Journal of Medicine published a paper stating Ebola was detected in 11 of 43 survivors who tested positive for Ebola seven to nine months beforehand. (Video via BBC)

It's unknown exactly how long Ebola can persist in the body, but the Centers for Disease Control and Prevention recommends survivors abstain from unprotected sex indefinitely.

This study comes after a woman who contracted the virus came forward saying she had unprotected sex with a man five months after he showed symptoms.

Her partner was initially told to use a condom for about three months; the CDC changed its warning to "indefinite protection."

Researchers aren't sure if the lingering virus in semen infects others. "We know there's virus, but we don't know if it's the entire virus or just pieces of it," Dr. Nathalie Broutet, one of the study's authors, told NPR.

The World Health Organization says it's less probable that a woman who survived Ebola could spread it to a male during sex. (Video via NBC)

This video includes an image from Getty Images and the U.K. Department of International Development.