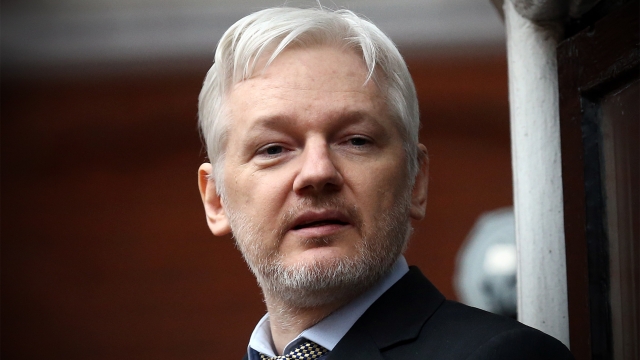 The Ecuadorian government says it pulled the plug on the WikiLeaks founder out of respect for the U.S. electoral process.

Julian Assange is offline, and now we know why: Ecuador is sick of the WikiLeaks founder messing with U.S. politics.

The Ecuadorian government says it shut off Assange's internet access out of respect for the U.S. electoral process.

Assange has been holed up in Ecuador's U.K. embassy for the past four years, dodging extradition to Sweden on sexual assault charges. Ecuador initially agreed to grant him asylum after U.S. diplomatic cables published by WikiLeaks strained relations between the two countries.

Ecuador says it still supports Assange's asylum, but it's probably less supportive of what WikiLeaks is publishing these days.

The country's left-wing president Rafael Correa has previously expressed support for Hillary Clinton over Donald Trump, and WikiLeaks' trove of Clinton campaign emails is one of the major hurdles still standing in Clinton's path to the White House.