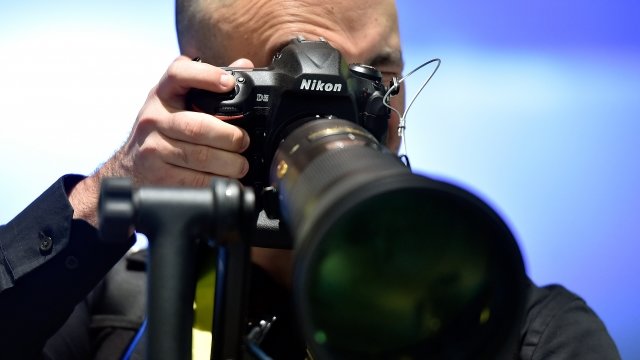 One of these photos is fake, and the other is real. Can you tell which one is doctored and how it's different?

The manipulated photo is on the left. The Golden Gate Bridge is missing links between its columns.

This experiment was part of a new study to see how well people can spot fake images. On average, they can pick out a doctored photo about 60 percent of the time, but they could point out exactly what was manipulated only 45 percent of the time.

And the practice might be more widespread than you'd think. A University of Oxford study found just over a quarter of news photographers said they'd altered images beyond just cropping.

In one example, an Adobe employee took a Keegan-Michael Key interview where he said, "I jumped on the bed, and I kissed my dogs and my wife," and then used the software to change his statement to, "I kissed Jordan [Peele] and my dogs."

Researchers at the University of Washington took the technology a step further. The team created software that syncs up a CGI rendering of a person to any recorded statement he or she made.

For example, they took what former President Barack Obama said on "The View" and made it seem like he said it elsewhere.

So we might be entering a time when video of anyone doing and saying anything can be convincingly faked.