Educating The Next Generation On 9/11 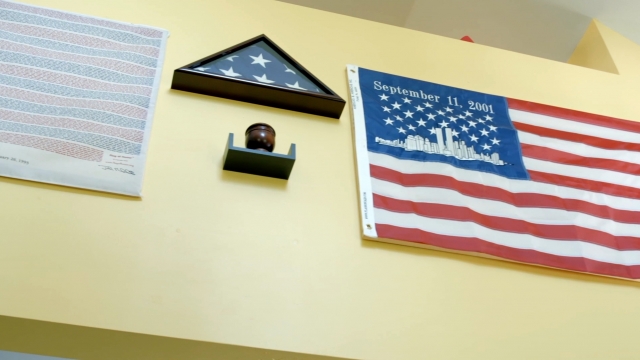 Children who lost parents on 9/11 are teaching their generation about the day.

It’s a tragedy stuck in a void of time. A lived and painful memory for most of the country — an entire generation now — who doesn’t know what it’s like to live in a pre 9/11 world.

But talk to kids sitting in history classes across the country and they don’t know much about one of our darkest days.

“In schools, like we just know, okay, this is what happened. And that's it, let's move on.”

Claudia Szurkowski just turned 19. Her father Norbert was killed on 9/1 — eight months before she was born. She’s grown up in a post 9/11 classroom where schools barely scratch the surface of her biggest trauma and the country’s.

“We focus so much more on other historical events that happened years and years and years ago that none of us were around for. But this day is so important. So many people are still grieving, and still will be for the rest of their lives. And we don't focus on it at all,” she said.

Enter Alice Greenwald — the President and CEO of the National September 11 Memorial & Museum.

“There are moments in history recognized almost at ameta level. I’m watching this happen but this is history,” said Greenwald.

She recognizes there’s a generational shift happening from people with distinct memories of the day to people learning second hand. But there’s so much to teach.

But there's a gap. Not all schools have updated textbooks or the resources to talk about this story. And teachers often feel the burden to pick up that slack and they’re looking to the museum for help. Alice and her team now educate people with more than 2,000 libraries, virtual programs and speakers in classrooms to create real connections to what older generations remember so viscerally.

In person Alice relies on people like Amy Hargrave who was just four years old when her father T.J. was killed. She works for the museum volunteering on tours to talk about the impact the day has had on her.

“Working here was very necessary for me to separate my grief and what happened to my future and who I am,” said Hargrave. “It allows me to come down, tell my story, give my all to this place to make sure that we are teaching visitors and the next generation about it. And I can leave my grief here on the plaza and go home and just live my life normally.”

Amy says the impact is so much greater when people find out the person explaining an artifact to them has lived this pain. The learning goes both ways.

“ For me, my connection was ‘I don't really know him’. So for me to be able to come here and learn about him. I learn something new about him every time I walk in that door because there's stories of other people on the connections that they made,”said  Hargrave.

More than 43 million people have walked the halls of the museum — each learning the horrors of that day, but also how the country came together.

“9/11 is a case study in the best of human response to the absolute worst of human behavior,” said Greenwald. “If young people understand they have the capacity within them to meet adversity, with Unity, resilience and hope — I think that's a lesson well learned, and it's more relevant now than ever.”