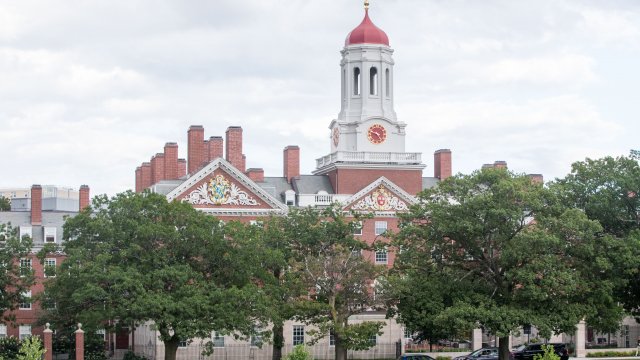 The department announced the impending investigations in a press release Wednesday.

The U.S. Department of Education is looking into allegations that Harvard and Yale didn't report hundreds of millions of dollars in foreign gifts and contracts.

The department announced the impending investigations in a press release Wednesday. The agency said Yale may have failed to disclose at least $375 million in foreign donations, and it was concerned Harvard didn't fully report all foreign gifts and contracts as required by law.

Education Secretary Betsy DeVos said, "This is about transparency. If colleges and universities are accepting foreign money and gifts, their students, donors, and taxpayers deserve to know how much and from whom."

It's not uncommon for countries like China, Qatar, Saudi Arabia and others to donate to American universities to forge connections and collaborate with them in various ways.

But federal law requires most colleges and universities to report gifts from, and contracts with, any foreign source that exceed $250,000 in value. They're also supposed to disclose any foreign ownership or control.

But a recent enforcement efforts by the Education Department have prompted the reporting of approximately $6.5 billion in previously undisclosed foreign money. Ten schools — including Boston University, Cornell, M.I.T. and Texas A&M — declared about $3.6 billion in unreported donations.

Spokespeople for both Harvard and Yale confirmed they were informed of the investigations and are preparing to respond.