An Egg A Day May Keep Cardiovascular Disease Away, New Study Says 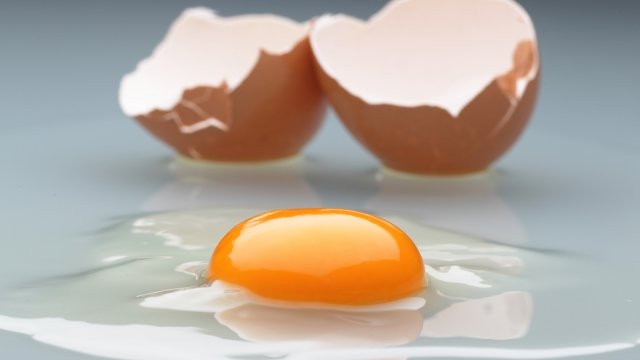 According to a new study, people who consumed an average of one egg per day had a lower risk of cardiovascular disease.

Researchers say an egg a day may keep cardiovascular disease away.

According to a new study, people who consumed an average of one egg per day had a lower risk of problems like heart attack and stroke, compared to those who didn't eat eggs at all.

And regular egg eaters had an 18 percent lower risk of dying from cardiovascular disease.

But don't add a three-egg omelet to your daily routine just yet.

Researchers found that fried potato consumption "appears to be associated with an increased mortality risk."

The study didn't explore how eating more than one egg a day can affect a person's risk for cardiovascular disease.

The findings are a bit of a contrast from previous studies on eggs. Doctors used to be wary of them due to their high cholesterol content.

But now, as USA Today points out, dietary experts are recommending eggs more and more, thanks to their high protein and other key nutrients.