Egypt Accused Of Arresting Critics Of Its Coronavirus Response 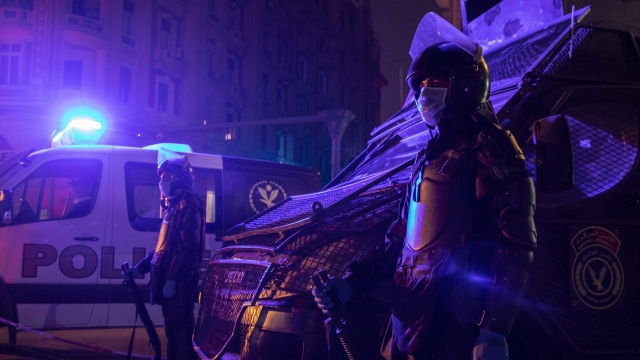 The Associated Press reports journalists, doctors and others are being arrested for criticizing the country's response to the pandemic.

The Egyptian government is accused of arresting critics that speak out against its response to the coronavirus pandemic.

Rights groups say at least 10 doctors and six journalists have been arrested since the virus made its way to Egypt, according to The Associated Press. Health workers also say they've been warned to remain silent or face consequences.

AP reports doctors in three provinces say they've been threatened by their agencies if they express any frustration about their working conditions. Last month, a professional group called the Egyptian Medical Syndicate sent a letter demanding the release of five doctors who were reportedly arrested for criticizing the government's virus response.

And earlier this year, the country's top prosecutor threatened fines and up to five years in prison for anyone who spreads "false news" about the coronavirus.

But this isn't exactly unusual for Egypt, which has a poor track record when it comes to free speech and other democratic principles.

The Committee to Protect Journalists says four Egyptians are currently in jail for their reporting on the pandemic, while the country's intelligence agency has reached out to correspondents of the Washington Post and New York Times over their reporting.