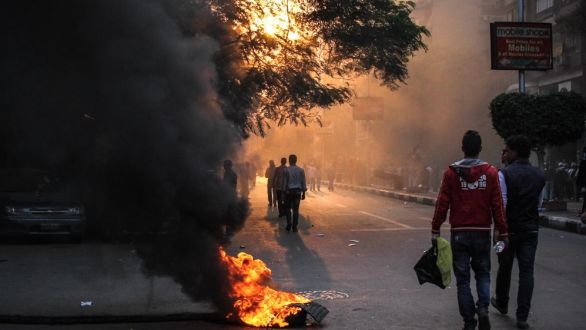 Thanks to a recent court ruling starting Tuesday, Egyptians can once again leave their homes between the hours of 1 a.m. and 5 a.m. (Via Jewish News One )

Following ex-President Mohamed Morsi’s ousting, the interim government imposed the state of emergency in August after sit-ins in by Morsi supporters grew violent. (Via Channel 4)

​Under the state of emergency, Egyptian security forces could make arrests and search homes without warrants, and a nightly curfew was put in place. (Via European Bank for Reconstruction and Development, Al Arabiya)

It came as shock in a country where dinner is often eaten well after midnight. Many restaurants, used to seeing crowds all night long, complained the curfew was bad for business. (Via VICE)

But the end to the curfew doesn’t signal the start of freedom on the streets. The Muslim Brotherhood — which is still calling for the return of Morsi to power — has planned protests for November 19. The interim government has taken note.

A new law awaits the signature of interim President Adly Mansour that would further crackdown on future demonstrations, doling out jail time to participants. As a BBC correspondent explains: (Via Euronews)

​​"The concern is we could still see a very strict, very controlled government here in which people are denied their basic right to freedom of assembly." (Via BBC)

Egypt’s Interior Minister said the major streets will continue to have a heightened security presence after the curfew is lifted.