'El Chapo's' Son At The Center Of Shootout Between Cartel, Police 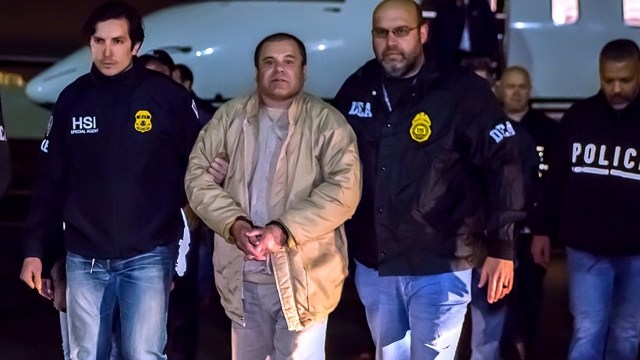 Mexico's security forces were attacked by the cartel after attempting to detain the son of Mexican drug lord Joaquín "El Chapo" Guzmán Loera.

Mexico's National Guard militarized police were patrolling the streets in Culiacán when they were shot at from inside a house. They entered the house and discovered Ovidio Guzmán López, who is wanted by the U.S. on drug trafficking charges. Forces briefly apprehended López but were forced to release him and retreat after they were surrounded and shot at by the cartel.

Video shows members of the cartel in armored vehicles, vehicles set on fire and the sound of heavy gunfire.

Mexico's security minister said the National Guard made the decision to let López go in order to save lives and "recover calm in the city." Reuters reports at least two people were killed and nearly a dozen more were injured in the rampage.

The city of Culiacán has been a stronghold for the Sinaloa cartel, once run by El Chapo. The drug lord was convicted of murder in February on conspiracy and drug trafficking charges. El Chapo was sentenced to life plus 30 years behind bars.