El Salvador Pushed For Bitcoin. Now It's Dealing With The Risk 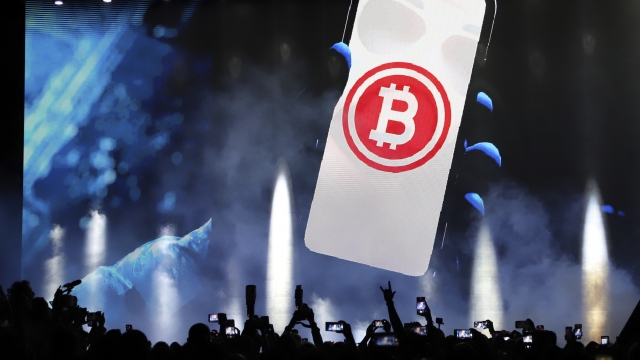 El Salvador pushed to make bitcoin a legal tender, but fluctuations in interest and inflation haven't encouraged a steady result.

As bitcoin becomes more adopted at an institutional level, major fluctuations in price will have a much larger consequence around the globe than they might have before.

This has already happened in El Salvador this year. In March, a major sell-off of bitcoin wiped out more than $300 billion in value.

The panic was driven by a mass withdrawal of riskier assets thanks to rising interest rates, inflation and the economic fallout from Russia's invasion in Ukraine. While that may be bad news for many investors around the globe, it actually encouraged El Salvador's government to invest even more.

Despite the country suffering from about $36 million in losses, the government bought the dip — over $15 million worth of bitcoin — and its national debt grew even more.

This controversial strategy is being spearheaded by Nayib Bukele, the president of El Salvador and famed crypto enthusiast; his Twitter account is almost all about his passion for bitcoin.

Elected in early 2019, the young Bukele was voted in on a wave of optimism that he would be a fresh alternative to the country's established political parties. Although he began as a self-described populist leftist, he has gradually leaned more authoritarian, consolidating power and even jokingly calling himself "the world's coolest dictator."

One of his particularly controversial policies has been to adopt bitcoin as legal tender in the country alongside the U.S. dollar, which has been its currency for 20 years.

El Salvador is one of the few countries that doesn't have its own currency. That's also a big factor here, because it means the government can't just print more money in case of a crisis: It's very dependent on investments.

The government rolled out an app called Chivo Wallet, which works like many other crypto wallets: Either the vendor or buyer makes a code with the price, the other scans it and that's how you make a purchase. The government based its roadmap for this on the coastal village of El Zonte, also known as "Bitcoin Beach," which had already incorporated bitcoin wallets and ATMs to its residents as a trial run.

Some of Bukele's wilder plans involved creating a new municipality he calls "Bitcoin City" — the first city that would be entirely powered and run through crypto. The government has already begun operations to use power from the heat of the country's volcanoes to mine bitcoin in order to support the project.

Bukele is hoping that as the value of bitcoin rises, the country will also make money. This could also double as a way for global investors to buy government bonds and lend their money to Bukele's government. Currently, multilateral banks like the International Monetary Fund no longer want to lend money to the country out of risk of defaulting. The IMF has criticized this move, worrying it will hurt the nation's already struggling economy even further.

So, how has Bukele's major bitcoin experiment been going so far? The results have been mixed, at best.

The adoption rate of the Chivo app was low. It seems many Salvadorans don't see its use for everyday purchases and needs, and some of the already existing issues which left much of the population without a bank aren't being solved by bitcoin.

Only about a third of Salvadorans use the internet — about a quarter live below the poverty line — and smartphones are not widely available in rural communities. According to one poll from the Salvadoran newspaper, La Prensa Gráfica, nearly three quarters of those polled said they wouldn't accept bitcoin as payment.

It's worth noting that about 10 days ago, bitcoin did surge again and actually recovered from those March losses mentioned earlier. But the point here is not necessarily whether its value is currently up or down: It's how the impact of these swings have changed.

Using public funds and taxpayer dollars to invest in a notoriously volatile currency has drawn much concern and criticism from observers beyond just the IMF, but more institutions around the globe seem to be tentatively following Bukele's example: Goldman Sachs recently became the first major U.S. bank to trade crypto over the counter.

As President Bukele presses on with his unpopular mission to rely more on the digital currency, the threat of defaulting looms closer. The government may not be able to pay back its bonds by the January 2023 deadline, and it seems the people of El Salvador may be feeling the effects of the next bitcoin crash much, much harder.