Elected Officials Take Heat For Not Following Own COVID-19 Advice 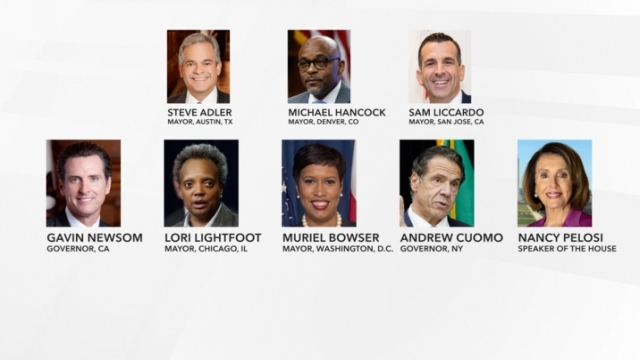 Some governors and mayors are facing criticism for appearing to ignore their own COVID-19 recommendations by traveling and attending large gatherings.

"Stay home if you can," Austin Mayor Steve Adler said last month in a video statement. "This is not the time to relax."

Austin Mayor Steve Adler, telling people to stay home. He's now under fire for recording the message while on vacation in Mexico.

"I'm sorry I took that trip. It was a lapse in judgment, and I want you to know that I apologize," Adler said Wednesday in a video shared to his Facebook page.

He's not alone. Several elected Democrats are facing criticism for breaking their own COVID-19 protocol in recent weeks.

"I went against a policy advisement that even I gave out, and it was unwise. It was hypocritical," Denver Mayor Michael Hancock recently told 9News Denver.

"I know the rules are hard to follow because I broke them," San Jose Mayor Sam Liccardo told NBC Bay Area in a recent interview.

They join California Gov. Gavin Newsom, Chicago Mayor Lori Lightfoot, D.C. Mayor Muriel Bowser, New York Gov. Andrew Cuomo and House Speaker Nancy Pelosi. All have faced criticism in recent weeks for appearing not to play by their own rules, with some reversing course amid the backlash.

Republican elected officials have largely avoided the same scrutiny, in part because they haven't imposed as many coronavirus restrictions.

That includes President Trump, who has hosted several large gatherings at the White House despite having multiple outbreaks under its roof. Yet the president and vice president, as well as the State Department, are forging ahead with their holiday party plans.

The Office of the First Lady and the State Department told Newsy they're taking several precautions to ensure holiday parties are safe this year — like limiting their guest lists, requiring attendees to wear masks and social distance, and doing temperatures upon arrival.

The plans come as experts warn the pandemic is getting worse, with another spike possible around Christmas.

"When you have the kind of inflection that we have, it doesn't all of a sudden turn around like that. So clearly in the next few weeks we're going to have the same sort of thing, and perhaps even two or three weeks down the line we may see a surge upon a surge," Dr. Anthony Fauci, director of the National Institute of Allergy and Infectious Diseases, said in a Nov. 29 interview.