Push For Perfection: The Mental Pressure Of Elite Sports 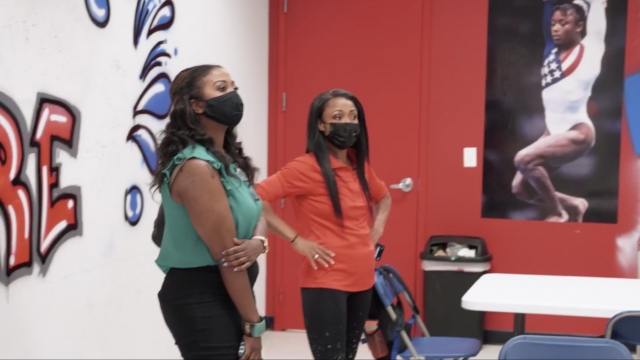 "I distanced myself a great deal from the sport. Because I thought it was the sport that was so unhealthy. Then I realized it's not the sport that’s unhealthy. It's the people that are in the sport," Dominique Dawes told Newsy.

Decades after hanging up her leotard, three-time Olympic gymnast and four-time gold medalist Dominique Dawes is back in the gym, but not in the way you may think. This time her name is on the building, an accomplishment she says comes with great responsibility.

“During the interview process, my whole thing is, why do you want to be a part of this facility? And if it’s first and foremost not about the kids and having a passion to work with kids, they’re not on board,” said Dawes of her Maryland gym.

Dawes opened this facility in the aftermath of the abuse revelations and subsequent coverups of convicted sex offender Larry Nassar, a man Dawes says was her doctor for nearly a decade as a young athlete. She says the culture at the time provided coverage for Nassar.

“There were a lot of adults present watching these young kids get verbally, physically, mentally, psychologically abused, and they turned a blind eye because they felt as if that is the way that you build champions. No, that is the way you break a human being,” Dawes reflected.

Far removed from her days as part of the Magnificent 7, Dawes’ goal now is to give her kids and the kids in her home state of Maryland a soft place to land — physically and emotionally.

She says the industry needed an overhaul, and the best place to start is where it all begins: in the gym. Right now, she's focusing on recreational gymnastics and Ninja training with hopes for moving to a competitive team in the future.

“I trained 36-plus hours a week in the gymnastics gym. That is pretty common, if you're training in the elite level. That's not going to happen here. I'm going to cap the hours because I really want parents to recognize the importance of their kids having a very balanced childhood,” she said.

In recent years, Olympians are bucking a world where athletes were often told to power through their emotions and are opening up more and more about mental health.

“There was one point, I didn't want to be alive," Olympic gold medalist Michael Phelps told CBS on his battle with depression.

In some cases setting their own boundaries.

“Naomi Osaka withdrew from the French Open to focus on her mental health."

Dawes says she applauds their courage and is doing her part here at the gym and encouraging parents to look for the signs of trauma.

“You're sitting there in the waiting room and you're watching your child cry. They're crying many times walking in the gym; they're stoic, they're not smiling. They're not enjoying their childhood, they leave crying, they leave in fear, and then you bring them back in fear. That's a problem. ... It's not worth it. It's not worth the long-term effects that it's going to leave on your young daughter or your young son. Take them out, find a healthier gym, find a healthier environment," Dawes advised.