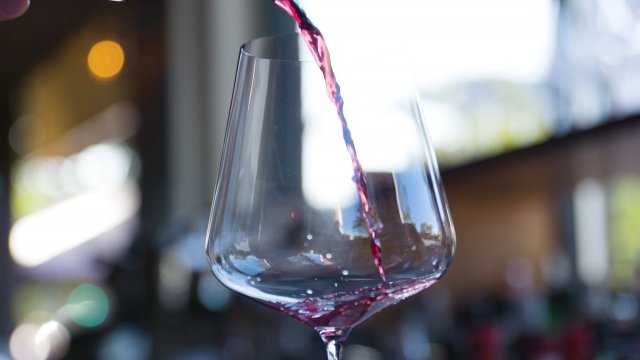 The group faces a new reckoning over lack of diversity as multiple master sommeliers renounce their lifetime memberships.

Multiple members of America's most elite group of wine professionals are renouncing their coveted "master sommelier" titles amidst allegations of racial intolerance and lack of diversity in their organization.

"If you're complicit with the way it's always been, then you're racist, too, in one way or another, you know," said Richard Betts, a wine manufacturer who resigned from the Court of Master Sommeliers after 17 years of membership.

The title Betts gave up has for years been known as the most elite designation in the American wine and beverage service industry. Master sommeliers drew a cult-like following after the release of the "Somm" documentaries, which tracked the difficult journey for those who aspired to the height of the profession. There are only 269 professionals worldwide who have ever received the title of master sommelier, according to the website for the Court of Master Sommeliers Americas, the nonprofit that administers and sets the rules for exams.

"If they are influential in ways that are inconsistent with my moral compass, then I can't be a part of it."

Betts is a former board member on the Court, a group he says has kept people of color away from leadership.

Acclaimed wine professional Tahiirah Habibi, founder of The Hue Society, recently went public about her own traumatic experience with the Court of Master Sommeliers.

Habibi described in a video she posted on Instagram in June how there were four instructors from the Court in a room during an exam she had flown out to take.  "One of them says that in order to speak, you need to call her master — and they stuck with this rule for two days."  Habibi describes what happened next: "When I went to speak, I'm thinking, like, there's no way they're going to say that to me. ... And it did — it happened."  Habibi stated she was certain at least one of the four instructors insisted on calling her "master," but believes the others in the room should have stepped in to stop the practice.  "Nobody in that room thought, hey, maybe this is not OK. So from that point on, I never dealt with the Court of Master Sommeliers again."

In response, the Court recently tweeted, “We will cease use of the singular term 'master' in favor of the full term 'master sommelier.'" It also said, "We apologize for the deep pain understandably caused by that practice.”

The Court also announced a new diversity committee but made no immediate changes to who’s running the show in the organization.

The Court of Master Sommeliers Americas, the organization that oversees master sommeliers in the U.S., does not currently post pictures of its leaders online. So Newsy gathered photos of the Court's chair, vice chair, other board members, the chairs emeritus, examination director and education director. Of the 22 leaders the organization listed on its Board of Directors page as of this Monday, all but one were White. The Court did not respond to questions from Newsy about the lack of diversity in its leadership, but following our inquiry, the Court added a 23rd name to its Board of Directors page: The addition is longtime master sommelier Scott Carney, another White male. In the organization's "About Us" section, which is meant to describe broader membership beyond leadership, the Court posted just one photo which prominently highlights White people.

Neither the Court's chair, Devon Broglie, nor its executive director, Kathleen Lewis, responded when asked how many people of color are master sommeliers. However, Betts is not alone in his concerns about a lack of inclusive thinking in the organization. After he posted his letter of resignation online, the same themes surfaced later when other master sommeliers announced they were quitting, too.  Brian McClintic, a star of the “Somm” films, expressed similar concerns when he resigned.  Nate Ready  announced he would resign in protest, leaving behind a lifetime membership in the Court he once treasured. Other master sommeliers tell Newsy they are currently considering leaving the organization.

It is just the latest scandal for the organization following the Newsy investigation last fall, Uncorked, where multiple master sommeliers criticized leadership over its lack of transparency in how it handled a cheating scandal. The report also turned up a controversial attempt by the Court to get members to sign a code of ethics that threatened to suspend the membership of anyone who spoke out with even an “utterance” of criticism of the Court.

"I took that as you know, be quiet. Don’t question our authority or we’ll kick you out," said master sommelier Dustin Wilson in a September interview with Newsy.

"If we're saying that the Court of Masters is the pinnacle or the peak of aspiration for this industry, then you guys really just need to challenge each other to make this industry and this institution accessible for everybody," Habibi said in her video post.  "I mean, enough. Enough!"

Mark Greenblatt is the senior national investigative correspondent for the Scripps Washington Bureau and Newsy. Follow him @greenblattmark or send in a story tip to mark.greenblatt@scripps.com.