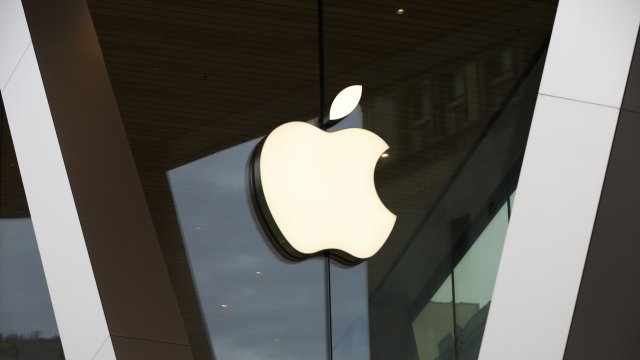 Apple CEO Tim Cook has said they're going to continue to monitor how Twitter moderates its content under the month-old ownership of Elon Musk.

The tech industry is watching the stare-down between the world's richest man and the world's biggest tech company, Apple.

After that claim, Musk tweeted that "Apple has also threatened to withhold Twitter from its app store but won’t tell us why."

In the meantime, Apple CEO Tim Cook has said they're going to continue to monitor how Twitter moderates its content under the month-old ownership of Elon Musk.

Apple potentially removing Twitter from its app store would be a pretty dramatic outcome, but it's something the company has previously shown it's willing to do. In addition to claiming that Twitter may be removed from the app store, Musk also said Apple has halted most of its advertising on Twitter, and asked the company "if they hate free speech in America?"

Elon Musk's Twitter tenure faced a new crisis after many employees quit instead of accepting his ultimatum of "extremely hardcore" conditions.

There's been no response yet from Apple on Musk's claims, but removing apps from the app store is a move typically reserved for egregious violations. If the Twitter app were pulled, the social network would lose one of its main distribution platforms.

Watchdog site Media Matters reported last week half of Twitter’s top advertisers, including Jeep, Ford and AT&T, have halted spending amid concerns about the direction Twitter is headed.

In an effort to try and save money, Musk went on a firing frenzy over at Twitter. And Musk is set to re-launch Twitter’s paid subscription service Twitter Blue this Friday, promising improvements like a manual verification process.