Elton John's Shows In Russia To Go On As Planned 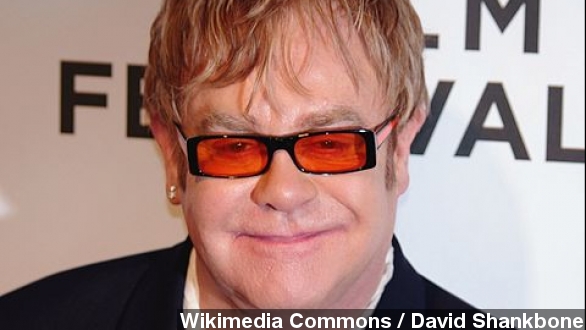 Despite Russia's anti-gay policies, Elton John will still perform in two concerts in the country, and his show in Moscow is sold out.

Sir Elton John's two concerts in Russia are set to go on, hopefully without a hitch. KABC reports the singer has promised to bring up the touchy subject of the country's anti-gay laws on stage.

"But Elton John admits he will be cautious, knowing that if he's too critical of President Vladimir Putin, he could be kicked out of the country."

In June of this year, Putin signed an anti-gay bill aimed at punishing people for "propaganda of homosexualism." The law also introduced fines of up to $156 for those who give information to minors leading them toward "nontraditional" sex. (Via The Telegraph)

CBC reports rumors have been going around online claiming the concerts would be canceled, especially due to John's outspoken history as a leader when it comes to LGBT activism. He publicly came out in 1988 and currently lives with his partner.

"The organizers say, 'No, no, no, we assure you, Elton John's shows in Moscow and Kazan — that's on Saturday — will go ahead as planned.'"

Both Madonna and Lady Gaga have also been active in voicing their opinions against Russia's anti-gay policies.

And in September, John told The Guardian he felt like he needed to perform in the country.

"'As a gay man, I can't leave those people on their own without going over there and supporting them,' he said."

John also said he hopes to meet with members of the LGBT community while there. His Moscow concert has already sold out.