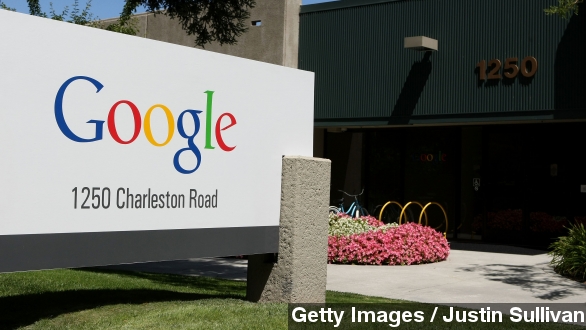 Emails leaked in the Sony hack suggest the Motion Picture Association of America is attacking Google over its piracy response.

That Sony hack is still making news — but some of the emails leaked in the attack have more to do with Google than Sony.

A report in The Verge details a Motion Picture Association of America project codenamed Goliath, in which the MPAA works to take down a search engine that’s never explicitly named but widely thought to be Google. A large part of the plan involves siccing state attorneys general on the company.

The MPAA discusses “two options, ranging from $585,000 to $1.175 million, which includes legal support for AGs” and funds specifically to “‘amplify negative Goliath news, [and] seed media stories based on investigation and AG actions.’”

Techdirt wonders if that’s even legal.

The emails strongly suggest “the MPAA, in coordination with the major Hollywood studios, agreed to willfully pay tons of money indirectly to state AGs to get them to investigate Google. It's difficult to see how this isn't bribing a public official to attack a company they dislike.”

This, despite ongoing efforts at Google to cut down on piracy.

In an October report Google detailed improved copyright tools rightsholders could use to protect their work in the search engine’s results. It appeared to be working.

The MPAA responded: ”Everyone shares a responsibility to help curb unlawful conduct online, and we are glad to see Google acknowledging its role in facilitating access to stolen content via search.”

It would appear a demonstrable — and significant — reduction in illegal traffic just isn’t good enough for the MPAA.

TorrentFreak says after the snarky press release, Google took its ball and left. “A top executive at Google’s policy department told the MPAA that his company would no longer ‘speak or do business’ with the movie group.”

The bloggers look to be on Google’s side this time. The Register calls the MPAA’s moves “ham-fisted.”

A writer at Slashgear gets that Google is pushing Open Internet while the MPAA wants to protect its properties. But he says the Goliath effort “seems terribly misguided.”

None of the players involved have issued any comments on Goliath since The Verge’s report: not Google, not the MPAA, or any of its lawyers.

Google has said it will continue working to combat piracy, but will do so directly with studios rather than with an MPAA intermediary.