Jussie Smollett Pleads Not Guilty To Charges He Lied To Police 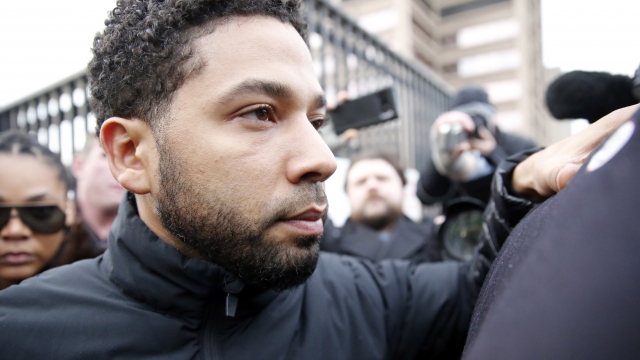 The "Empire" actor is facing felony charges after authorities said he staged a hate crime and filed a false police report.

Jussie Smollett pleaded not guilty Thursday to charges that he lied to police about staging a hate crime.

The "Empire" actor was indicted earlier this month on 16 felony counts of disorderly conduct after authorities said he made a false police report.

Smollett told police he'd been the victim of a racist and homophobic attack near downtown Chicago in January. CPD investigated the incident as a potential hate crime before saying it was orchestrated, alleging Smollett paid two brothers to stage the attack.

The brothers were initially detained, but later released without charges.

Smollett has denied any involvement in coordinating the attack.

On Tuesday, a judge ruled that cameras will be allowed in court for Smollett's appearances. The next hearing in the case is set for April 17.