Ending Gender Inequality Could Pay Off Globally In The Trillions 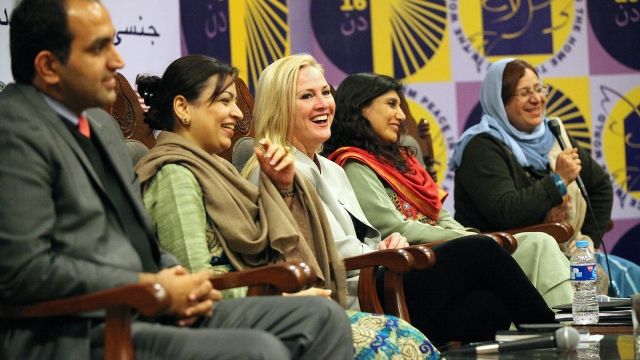 If we ended gender inequality overnight, it could save the global economy trillions of dollars, said a director at the McKinsey Global Institute.

What would actually happen if we had worldwide gender equality? Well, one estimate says the global economy would take off.

The director of the McKinsey Global Institute says there would be a $28 trillion boost to the global economy if women and men became equal overnight. That's nearly 1.5 times that of the U.S.' current economy.

Researchers studied what would happen if women were as economically involved as men. They looked at factors like job opportunities, leadership positions and wages. The World Economic Forum estimates globally, women won't be earning the same as men for another 118 years.

But if countries focused on being as equal as the country in their region with the least inequality, the boom could still be high, the director also said. We're talking $12 trillion or the total of China's current economy.

The prediction was reiterated at the World Economic Forum's annual meeting in Davos, Switzerland, but even there, women aren't equally represented. This year they made up less than 20 percent of participants.