Energy Department Denies Rick Perry Is Stepping Down As Secretary 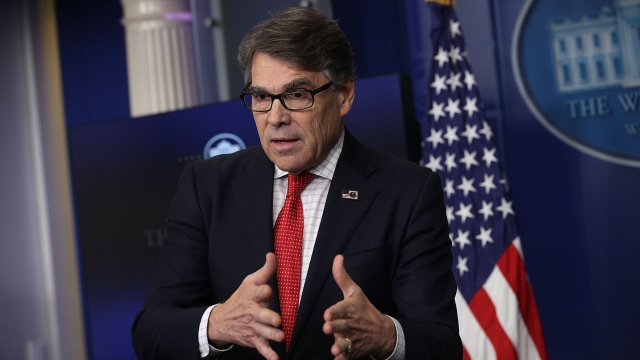 A department spokeswoman said, "He is happy where he is serving President Trump and leading the Department of Energy."

An Energy Department spokeswoman is rejecting reports that Secretary Rick Perry is planning to leave the Trump administration.

She said in a statement, "He is happy where he is serving President Trump and leading the Department of Energy."

Bloomberg was the first to report Wednesday that Perry's preparing to leave his post, citing unnamed sources. The outlet noted that Perry's departure isn't imminent, but also said he wants to "build his income before retiring."

Despite once vowing to eliminate the Energy Department when he was running for president in 2011, the former Texas governor has served as the head of the department for more than two years. Earlier this year, he called his role as secretary "the coolest job I've ever had."