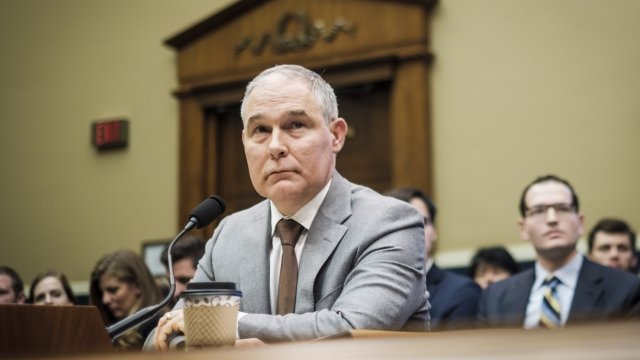 Pruitt has recently come under fire for his habit of flying first class.

Scott Pruitt, head of the U.S. Environmental Protection Agency, won't go on a planned trip to Israel this week after he faced criticism for taking too many expensive trips.

The Washington Post reported Sunday that Pruitt's office canceled what would have been a four-night stay in Jerusalem.

It's not clear who Pruitt was planning to meet with in Israel.

Controversy around Pruitt's travel has ramped up in the past week. The Los Angeles Times reported Friday six months of Pruitt's trips cost taxpayers almost $200,000.