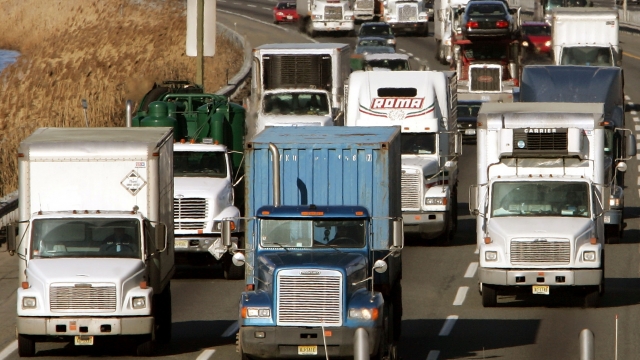 The initiative looks to further tighten nitrogen dioxide emissions standards, but is facing some pushback from groups.

The EPA is asking for public input as it begins to draft its proposal that would tighten some pollution standards for heavy-duty trucks.

The Cleaner Trucks Initiative looks to build off of the current standards for nitrogen dioxide, which has been linked to asthma and lung disease. The last time these standards were modified for on-highway heavy-duty trucks and engines was in 2001. According to the EPA, this rule has contributed to a more than 40 percent drop in national nitrogen dioxide emissions between 2007 and 2017.

In its overview of the new initiative being planned, the EPA says, "emissions standards have lowered overall NOx emissions from heavy-duty trucks, but have not focused on emission control under low-load conditions—when trucks are at idle, moving slowly, or in stop-and-go traffic."

While the EPA is looking to reduce nitrogen dioxide emissions, the plan is getting pushback from some groups. An official from the American Lung Association expressed concern that the new initiative would halt efforts in individual states, like California, that were planning on enforcing even stricter emission policies. The EPA is expected to issue an official proposal on the Cleaner Trucks Initiative later this year.