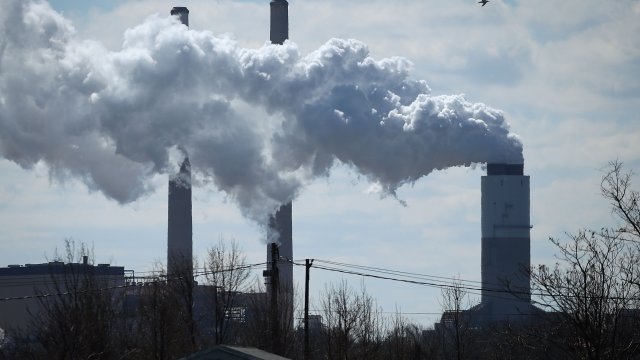 The leaked memo includes some talking points that seem to encourage doubt that humans are contributing to climate change.

A staff memo by the Environmental Protection Agency instructs employees on how to talk about humans' impact on climate change.

The Huffington Post obtained the leaked memo. It lists eight talking points, some of which seem to encourage doubt about effects humans are having on the planet.

For example, point six says: "While there has been extensive research and a host of published reports on climate change, clear gaps remain including our understanding of the role of human activity and what we can do about it."

Another point says human influence on climate change is "subject to continuing debate and dialogue."

Those points are in line with EPA Administrator Scott Pruitt's thoughts on the subject. He has repeatedly called into question human impact on climate change. Last March, Pruitt said, "I think that measuring with precision human activity on the climate is something very challenging to do, and there's tremendous disagreement about the degree of impact."

That's not the case, according to the scientific community. The National Climate Assessment released in November said human activity is the main contributor to recent global warming.

The memo is one of numerous efforts to change the talk surrounding climate change. Earlier this month, the Federal Emergency Management Agency cut all mentions of the subject from its latest strategic plan.