EPA Says California Is Failing To Protect Its Water Systems 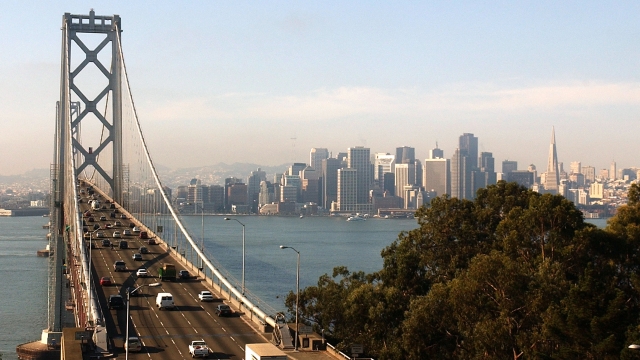 It's the latest chapter in the environmental fallout between the Trump administration and California lawmakers.

The Trump administration says California is “failing to meet its obligations” to protect its water from pollution such as human waste.

In a letter Thursday to Gov. Gavin Newsom, EPA Administrator Andrew Wheeler outlined concerns that contaminants from “piles of human feces,” left on sidewalks and streets by the state’s growing homeless population, are entering its water systems. Wheeler said the state was not compliant with a number of federal clean water laws and that San Francisco needed to invest billions of dollars to modernize its sewer system to avoid dumping waste into the ocean.

Wheeler said, “If California does not step up to its delegated responsibilities, then EPA will be forced to take action.”

Responding to the letter, San Francisco Mayor London Breed told reporters, “As I've said before, there are no needles washing out to the Bay or ocean from our sewer system, and there is no relationship between homelessness and water quality in San Francisco."

Gov. Newsom said on Twitter, “An overarching theme coming out of the White House. Trump persistently weaponizing our government to attack political opponents. The Director of National Intelligence, the DOJ, the EPA...all being used to attack those that stand in his way. This is about retaliation. Nothing more.”

This letter marks the latest chapter in the environmental fallout between the Trump administration and California lawmakers. Last week, President Trump told reporters that San Francisco’s ongoing struggle with homelessness is an EPA violation and that he is putting the city on notice. In addition, President Trump announced he would be revoking California’s ability to set its own emissions standards, which California lawmakers have vowed to fight in court.

Wheeler says he wants a written response within 30 days, outlining in detail how California intends to address the concerns and violations listed in the letter.