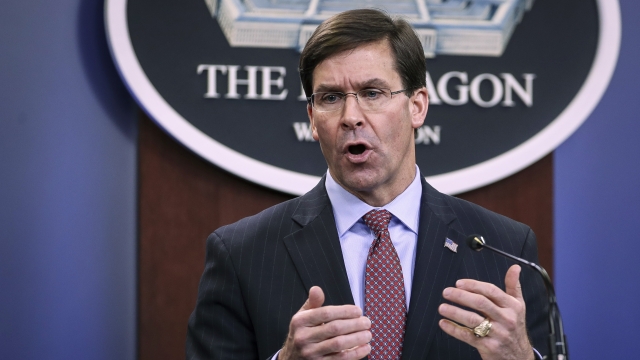 U.S. Defense Secretary Mark Esper's comments follow the president's the day before, according to CNN.

Defense Secretary Mark Esper contradicted President Trump's claims that the U.S. would target Iranian cultural sites if retaliated against. That's according to CNN.

Initially, President Trump tweeted threats Saturday that the U.S. had a list of 52 Iranian sites it could hit, "some at a very high level and important to Iran and Iranian culture." The tweet came in response to Iran's threats of retaliation against the U.S. for killing the country's Maj. Gen. Qasem Soleimani Friday.