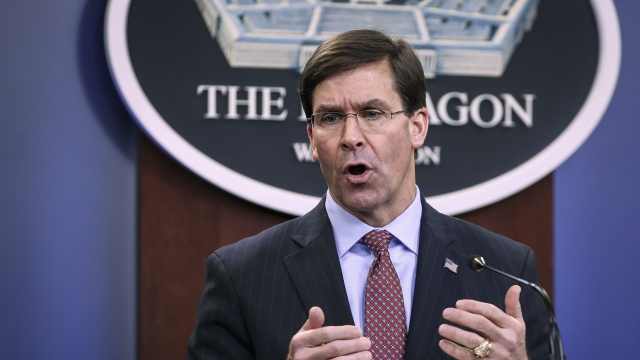 Defense Secretary Mark Esper says he agrees with President Trump's belief there could have been attacks planned for U.S. embassies, though.

Initially on CBS' "Face the Nation" and later on CNN's "State of the Union" Sunday, Esper said President Trump believed that there would have been attacks and he agreed with him that Iran "probably" was targeting the embassies in the region.

"I believe that as well, as did other national security team members. That is why I deployed thousands of additional paratroopers to the region to reinforce our embassy in Baghdad to reinforce other locations throughout the region," Esper said.

When asked if there was specific intelligence to back up the president's beliefs, Esper told CBS, "I didn't see one, with regard to four embassies," and he pushed back on questioning from CNN.

"I'm not going to discuss intelligence. What the president said was he believed there probably could've been. He didn't cite intelligence."

Esper's comments come as members of Congress have questioned whether an attack was "imminent" and whether the strike on Soleimani was justified.