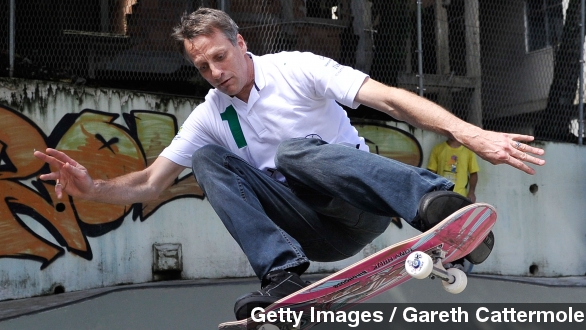 Marvel and ESPN forged a bizarre partnership to create a docuseries drawing connections between real-world athletes and Marvel superheroes.

If you ever thought your favorite athletes reminded you of superheroes, then ESPN and Marvel have something for you.

"This is the search for real-life superpower," a narrator says in a promo for ESPN's new documentary.

The two companies, both owned by Disney, have teamed up for a documentary titled "1 of 1: Genesis" that makes connections with Marvel superheroes and the world's top athletes.

"1 of 1" aims to combine the storytelling style of ESPN's "30 for 30" docuseries with Marvel's art and visual style as well as drawing the superhero connection.

The Hollywood Reporter quotes a statement from an ESPN spokesman who said: "In many ways, athletes are blessed in their chosen fields with superhuman 'powers' much like those of some of the great Marvel superheroes. Like those characters, every great athlete has the moment where they learn to harness, develop and use their unique abilities to achieve."

While the partnership does sound odd at first, it's pretty easy to see where the idea came from.

Costumed heroes have been been pretty much a guaranteed win on both the movie and TV screen over the last few years. And seeing as Marvel and ESPN are both owned by Disney, a partnership milking the current superhero fad probably seemed like a natural step to execs. (Video via Walt Disney Studios / "Guardians of the Galaxy")

The feature-length documentary is available for purchase on YouTube and Google Play now, and a series of short documentaries titled "1 of 1: Origins" is coming this summer.

That series will focus on a variety of athletes like Carmelo Anthony, Danica Patrick and Tony Hawk and examine their origin story as athletes.

This isn't the first time the two companies have struck on unlikely alliance. In 2010, they partnered for a series of comic book-style covers of ESPN The Magazine's NBA preview.