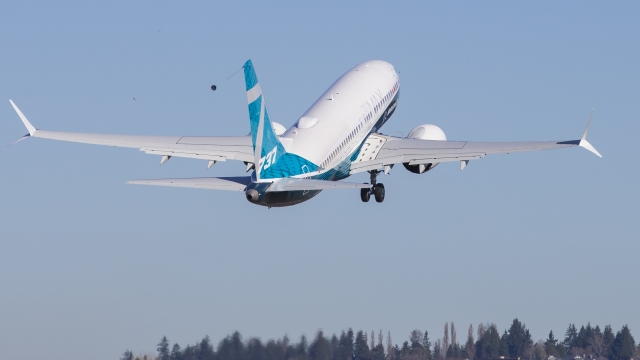 Boeing told pilots to follow a common procedure to recover from an MCAS failure. But in the case of Ethiopian Airlines flight 302, it wasn't enough.

In the days after the Lion Air Boeing 737 MAX crash in Indonesia, Boeing and the FAA insisted the planes were safe. They told pilots if the system that malfunctioned on the Lion Air jet did the same thing to them, to follow a well-known procedure.

The pilots on Ethiopian Airlines flight 302 did just that, according to investigators, but couldn't recover the plane.

The procedure is called the "runaway trim" checklist. It's a fairly simple procedure, but to understand it, we need to take you inside the 737 MAX cockpit.

There is a wheel in the center of the cockpit on the 737. It isn't a new addition for the MAX. It's existed in the 737 for decades. It adjusts the "trim" on the control surfaces that sit on the tail of the plane. That control surface, the horizontal stabilizer, has the power to pitch the nose up and down.

If something causes the plane to automatically, and rapidly, adjust the "trim", it's called "runaway trim." It's a malfunction. Pilots, for years, have been trained on how to recover from that.

737 MAX Pilot: We're Not Taking Boeing At Its Word

As Boeing pitches pilots on its fix to the 737 MAX automation problem, some remain skeptical — and unsure Boeing is being totally transparent.

They flip off two electrical switches — cutting off the motors that drive that "trim" wheel. Then, they manually crank the wheel back to where they need it. At the same time, they're pulling back on the control column to level out the nose. It's a two-pilot operation.

Once pilots have the trim back under control, they've only solved half the problem. They still have to recover the plane — potentially from a nosedive.

That's the procedure Boeing told pilots to use if the automated system at issue in Indonesia and Ethiopia ever malfunctioned.

Airlines said they were confident their 737 MAX planes were safe because pilots had this training.

After rolling out a sweeping fix to its automation system, the MCAS, Boeing said the same process would remain protocol for recovering from a malfunction.

But recovering from "runaway trim" can be a lot of work, especially in close proximity to the ground. And pilots say the MCAS, in its original form, acted fast and aggressively.

For pilots on Ethiopian Airlines flight 302, it might have put the plane in a steep nosedive, one so compromising, Boeing's outlined recovery procedures weren't enough.