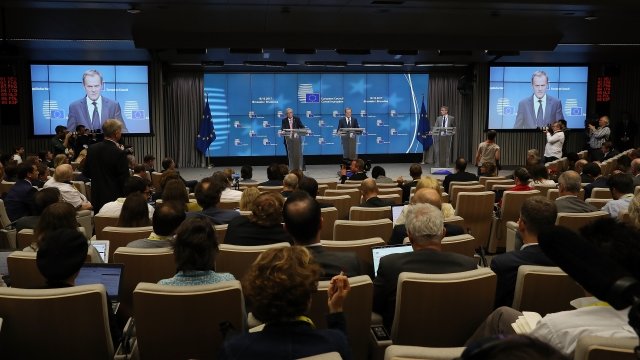 The countries could face sanctions from the European Commission, but the details aren't clear yet.

Seventeen countries have been named in the European Union's first-ever tax haven blacklist. Countries on that list could face some sanctions from the European Commission.

The Finance Ministers of EU Member States decided on the list on Tuesday. They argued the 17 countries failed to meet tax governance standards. Following contact with the EU, 47 other countries on a "grey list" are currently working to meet the criteria.

The European Commission Hit Another Tech Giant With A Large Fine

The European Commission says the e-commerce giant didn't pay its fair share in taxes, and now it wants Amazon to pay $294 million.

An EU official said the blacklist "marks a key victory for transparency and fairness."

Going forward, the European Commission and its member states will call on and monitor the listed countries to comply with the agreed-upon tax standards. Improvements to tax systems will take countries off the EU's blacklist.